We had already discussed What is Negotiation? Now we are going to discuss peer negotiation.

What is Peer Negotiation?

Peer negotiation is about finding a win-win solution. This means both parties come away with something they want, and there is no sense of one party “winning” over the other.

In other words, it’s not about getting your way or making someone else lose out.

Negotiating with your friends and family members can be fun! You can negotiate anything from the price of an item to how long you spend together on weekends.

And even though you may have different interests or priorities in life, it’s important that you respect each other needs.

Negotiation tactics are a way of getting the other person to do what you want them to do. They can be used in any situation, but they’re especially useful when negotiating with strangers who might not be interested in working with you.

Negotiating tactics are usually based on the idea that negotiation is about compromise, which makes sense. Because everyone is interested in making sure their needs stand out above all else.

This means that if something isn’t working for one person, it’s likely not going to work for another person either—and vice versa!

So when we have an idea about how things should go from our perspective (e.g., “I’m trying hard here”), then it’s important for us as negotiators. But not only to know exactly how much room there is between us and someone else. But also what would make them feel better about themselves too (e.g., “I’m doing my best”).

Here we are mentioning some of the qualities that are important for peer negotiation.

Before you begin the negotiation process, it’s important to understand the different types of conflict. You should be able to identify them and know how to resolve conflicts. Here are some pointers:

a) Confrontation is when people disagree on a topic or issue without resolving their differences.

For example, if your partner wants you home for dinner but you want to go out with friends instead, this is an example of confrontation because neither person has been successful in getting their way through dialogue or negotiation (in other words: talking).

It means choosing one option over another (for example: accepting both options at once). This happens when two sides choose different solutions from those being offered by another side.

However, all parties involved agree with each other about what solution would work best for everyone involved.

2. A good negotiator is curious and listens to understand.

The next time you are trying to negotiate with someone, do your best to keep the following in mind:

a) Listen to understand. A good negotiator is curious and listens to understand. Asking questions will help them better understand what you want and why. You can also read more about Listening Skills.

b) Be open to other people’s ideas. Negotiators who don’t take into account other people’s perspectives tend not only to be unable to reach an agreement but also make their own position even weaker by refusing to consider another point of view or perspective on the situation at hand.

Be willing to accept that you might be wrong sometimes!

If something sounds like it may not work out well for either side, don’t just assume that everything will be fine without discussing it further; instead, ask if there’s any way they can help make things work out better than they would otherwise (or vice versa).
Read more about it here Mindful Listening.

If you’re the only one talking, it can feel like your idea is the only one that matters. But in reality, everyone’s ideas are important and valuable! So when someone else has something to say that relates to your project or idea—even if they don’t agree with it, acknowledge them by saying something positive like “I like what you’re saying about X.”

It’s also important not to dismiss the other person’s point of view or mock their ideas (unless they’re obviously wrong). You don’t want anyone on your team feeling demeaned or disrespected by this person who just joined. Instead, try responding with kindness and respect: “Your thoughts on X make sense too!”

4. Listen to what your peer is saying.

As a peer negotiator, you need to listen carefully. There’s no better way of learning than by listening.

a) Don’t interrupt: Listen without interruption as your peer speaks. If they are talking about something that is relevant to the topic at hand, don’t jump in with an opinion or distraction right away.

Let them finish their thought before adding anything else.

b) Don’t change the subject: You might have been interested in what your partner had just said; but if he or she changes the subject by bringing up unrelated matters that aren’t part of this negotiation session, then it’s time for him/her (or both) stop talking!

This will only confuse everyone involved and make things more difficult than necessary.

ALSO READ: 10 Leadership Qualities You Must Have!

5. Ask for clarification if you need it.

When you ask for clarification, make sure to do so in a way that is not offensive.

For example, if the person is talking about something technical and you need help understanding it, don’t say something like “I’m not sure.” Instead, ask them to clarify their point by saying “Can you explain that again?” or “What does that mean?”

You can also ask for clarification by using phrases such as “What were you saying?” or “Do we agree on this?”

If there are multiple people involved in the conversation and someone needs to speak up but isn’t speaking yet (or if they’re afraid of interrupting). Usually, just starting with an innocent question like: “Can I ask a quick question?” will help draw attention back towards yourself without seeming rude or hostile towards others who may have something important at stake as well!

6. Explain why an idea won’t work for you.

You might be tempted to jump in and explain why the idea won’t work for you, but it’s important not to do so.

When an opportunity presents itself, don’t be afraid or embarrassed about saying no. It’s okay if your answer isn’t perfect. You can always come up with another one later!

You should also feel free to explain why an idea won’t work for you if that helps other people understand why things aren’t going as well as they might have hoped.

For example: “I didn’t bring my laptop because I forgot it at home.” Or “I’m not very good at art projects.” Or even “It’s too late by now.” These are all good reasons why this project won’t work out; however, there are also times when we needn’t explain ourselves at all: “That looks great! Let me know when we can schedule our first meeting?”

7. Summarize what you’ve heard from each other.

When you’re talking with someone, there are a few things that can help keep the conversation going. One is to summarize what they’ve said and make sure it’s clear in your own mind before moving on.

The other thing is to ask them questions about what they said so that both of you understand each other better.

If someone has asked a question, don’t assume that we know how many minutes have passed since then (and definitely don’t interrupt!).

This is a great way to start a conversation with your peer. You can use it when you’re trying to come up with ideas for something or when you’re just trying to get feedback on an idea that’s been bouncing around in your head for a while.

Here’s how it works:

I hope these tips help you learn how to work with a peer. Remember, it’s not always easy, but if you and your partner are willing to work together and try new things, you can get through it! 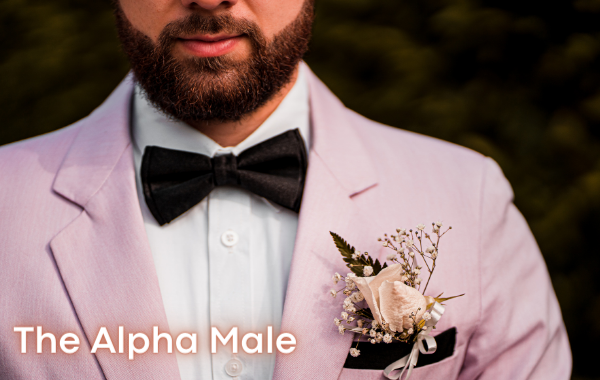 Alpha Male vs Sigma Male: Which one is better? 7 Communication Mistakes to Avoid While Talking